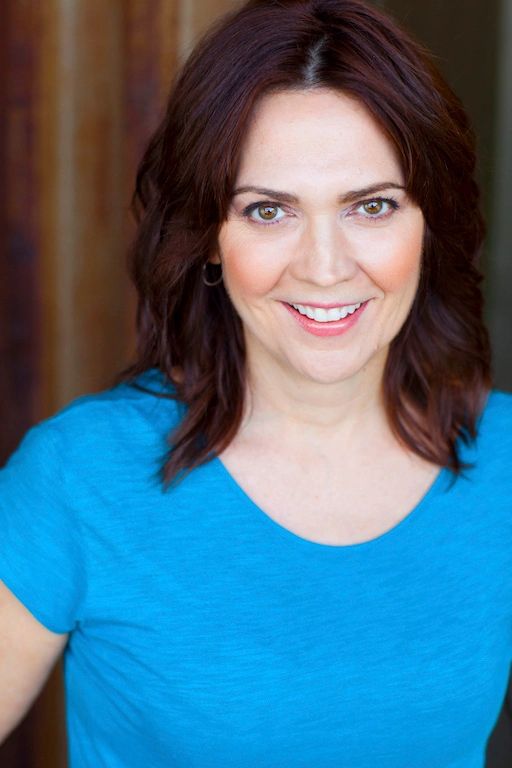 "the splendid Lori McClain... a name to watch"

Lori was born in Toledo, OH and received her BFA in Acting from Wright State University. Right out of college, she toured the US as a singer in a Pop/R&B Cover Band, and moved to Chicago soon after.

She is an alum of the National Touring Company of The Second City, and was honored to perform with them in Iraq and Kuwait as part of a USO Tour in 2004. She currently works with Second City Works and Theatricals divisions, both as a performer and workshop facilitator.

She understudied for several of the Second City Mainstage and ETC shows, including a summer-long run of the ETC show, “Immaculate Deception” in 2007.  She is a founding member of The WNEP Theater Foundation, with whom she wrote and performed in many productions; most notably, a musical entitled, “The Wicked and the Sexed” (New City's 1997 Best Original Musical Production).

You may also have seen her improvise with the all-female group, “Sirens,” “ComedySportz” and in their productions “Blind Date,” “Whose Chorus Line Is It Anyway?” (director) and “Trois'.”

One of her favorite scripted roles was Xena Warrior Princess in “Xena Live!”  Lori can also be heard as the vocalist for the Chicago jazz group, the “Lori McClain Trio.”  She has been an artist-in-residence at the University of Chicago Lab School summer drama program since 2005, and currently teaches and coaches numerous improv groups in and around Chicago. She can be seen in television commercials for “Meijer’s Stores,” “Aldi,” “Walmart,” and “Lyrica," and "KFC," and is the voice of Shiva in the “Mortal Kombat” video game series, as well voice acting for several industrial films and book narrations.

She originated  the role of Patti Blagojevich in Second City’s, “Rod Blagojevich Superstar!” and will be performing the one-night-only fundraiser revival show in April 2020. She played the role of Baroness Ravonka in the Second City National Tour of "The Real-ish Housewives," and joyously portrayed fictional corporate country singer and alcohol enthusiast, Missy Brisco, in “Lanyard Skynerd, The Musical!” at Martyr’s Live in Chicago.

In 2017, Lori portrayed First Daughter,  Martha Jefferson, in "Monticello" for Aurora Theatre works in Chicago, and in 2018, Lori co-starred in the role of "Heather" on Episode #317 of NBC's "Chicago Med."

Most recently, Lori performed in Boston in Second City's, "She The People" with the Huntington Theatre Company.

She the People, Boston

She the People, Boston

at Martyr's Live in Chicago

Do you have more questions? Are you interested in collaborating on a project? Send me a message, and I will get back to you as soon as I can.